Unveiled on Tokyo Motorshow in 1985 and manufactured from 1987 to 1988 for a total of 10,000 units, the Nissan Be-1 is a retro-style pike car that is a spin-off of the manufacturer's own first-generation Micra (also known as March in Latin America and Asia countries.) It won many awards, including the Ministry of Economy, Trade and Industry's Good Design Award in Japan. 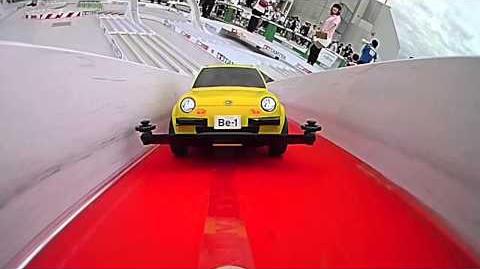 Retrieved from "https://mini-4wd.fandom.com/wiki/Nissan_Be-1?oldid=14504"
Community content is available under CC-BY-SA unless otherwise noted.